At LFR Designs, 2013 is just flying by. We haven’t even had a chance to recap 2012, which was our best year ever, but here are a few highlights:

As if that wasn’t enough… we have hit the ground running in January and February. Leslie just returned from the Tucson Gem Show with new stones and fabulous ideas for upcoming collections.

2013 will be a big year for us. In addition to expanding our stable of stockists, we plan on doing 5 boutique trunk shows in San Diego (both private and with some of our stockists, like Kerut and Pink Lagoon), 1 in Northern California (April 4th at Erin Mac Jewelry in Menlo Park), 1 in Park City, Utah, 1 in New York City and several amazing bazaars in Mexico.

Last week, we had our first trunk show of the year, which was co-hosted by Season Catering & Events in Del Mar. It was a wild, Valentine’s Day success. Here are some delicious photos.

February – What a great month!

For a short month, February has been a wildly exciting one! Leslie returned from the…

LFR Designs – A December to Remember

We kicked off December 2011 with an incredible trunk show at upscale retailer, Kerut, in… 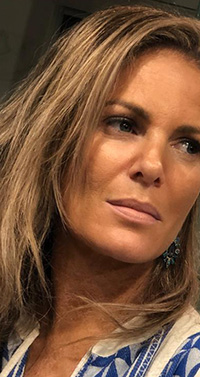 "I am inspired by the organic elements I work with, and in awe of what nature gives to us. My challenge is to harness that raw beauty and create pieces worthy of the women who will wear them."
Copyright LFR Designs in La Jolla 2021 - All Rights Reserved. All content protected.
Back To Top
×